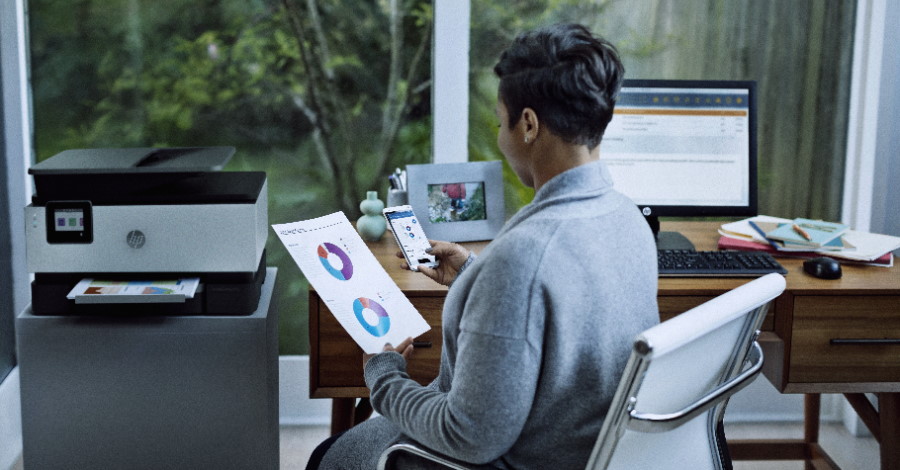 Out of Sight & Out of Mind: Insights into the Cybersecurity Challenges of Hybrid Workplaces

“You can’t defend what you don’t know you have.” This security maxim remains true as ever, yet the mass shift to remote work over the last 18 months has made following this advice more challenging for organizations. If it wasn’t hard enough to maintain accurate inventories of technologies used in the office, organizations now face the prospect of auditing technologies their employees are using in their homes to support remote work. These technologies can carry unanticipated security risks, but if they are invisible to employers, they cannot be understood, assessed and ultimately managed.

Our latest HP Wolf Security report – Out of Sight & Out of Mind – reveals how the rise of hybrid work is changing user behavior and creating new cybersecurity challenges for IT departments. The research shows that a growing number of users are buying and connecting unsanctioned devices outside of IT’s purview. It also highlights that threat levels are rising, with attackers increasingly successful at bypassing defenses and tricking users into opening phishing links and malicious emails. All of this is making IT support more complex, time-consuming, and costly than ever.

The report examines data from a global YouGov online survey of 8,443 office workers who shifted to remote work during the pandemic, and a global survey of 1,100 IT decision makers conducted by Toluna.

“With increasingly distributed teams, there are fewer informal networks for people to sanity check: ‘Does this look a bit strange?’ before they click. Education helps, but it can only get you so far. While we should encourage and make it easy for people to report incidents, we can’t rely on self-reporting alone. Having layered security in place that can provide the right level of visibility is key.” – Joanna Burkey, CISO, HP Inc.

Securing the Future of Work Systematically

The risks created by hybrid work require a systematic approach to mitigate them. One of the weaknesses of traditional security approaches highlighted by this research is how it’s too easy for users to become single points of failure. The root of the issue is that risky tasks handled by applications, such as an email client opening a message or a web browser opening a link, are by default given access to parts of the operating system (OS) beyond what is necessary. This lack of boundaries means that attackers can exploit applications and potentially gain complete control over an endpoint.

One way to address this weakness is to introduce a granular Zero Trust model to the endpoint, such as that used by HP Sure Click. Its application isolation technology limits the impact of exploits by isolating risky activities inside hardware-enforced micro-Virtual Machines, only granting applications the minimum data and access to function, while supporting user workflows. This means that if an application is exploited, any malicious code is isolated from the host system, rendering it harmless.

“The leading technology of the future will be secure-by-design and intelligent enough to not simply detect threats, but to contain and mitigate their impact, and to recover quickly in the event of a breach – which could happen at any time, to any one of us. This protection should extend below and above the Operating System and deliver protection to both known and unknown threats – even zero days. By building securing in from the hardware up, we can alleviate pressure on support teams while also ensuring users are free to do their job uninhibited.” – Ian Pratt, Global Head of Security for Personal Systems, HP Inc.

The second challenge faced by organizations is poor network visibility and an inability to remediate quickly and at scale. To address this, organizations need endpoint security that equips IT and security teams with better visibility and management tools. Organizations should also examine the security of their endpoints below the OS, because determined attackers are increasingly targeting device firmware. Therefore consider features built into endpoints at the hardware level, for example, devices with remote recovery capabilities and self-healing firmware.

The report is based on:

Download the Out of Sight & Out of Mind Report

Download the report: HP Wolf Security Out of Sight & Out of Mind